As I've been compiling my checklists of haves and needs, I've been also doing quick eBay searches to knock off some one-sies and two-sies when possible. That was the case when I decided I should probably knock off 2013 Topps Opening Day before the 2014 version hits the shelves.

Despite a poor 2012 late season call-up performance for Vitters, the card was double digits in price (with shipping) back when it was released. I'm glad I waited though because I was able to pick it up for just a few bucks. 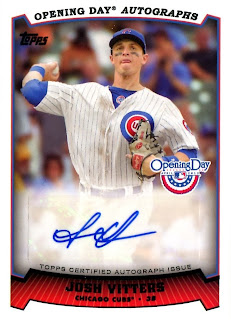 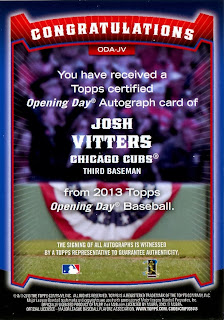 The photo used was from the same play as the one used on his 2013 Topps Series 2 card, just earlier in the sequence.
﻿﻿﻿﻿ ﻿﻿﻿
And as I previously mentioned when dissecting that card, I belive this is the Joaquin Arias groundout in the 7th inning of a 6-4 victory over the San Francisco Giants on August 31, 2012.

And for anybody interested, I tacked on these other autographs from the same seller for a pittance. Both are up for grabs. Neither are big names but I have to imagine there is a Rays or Dodgers fan that would be willing to take either off my hands. 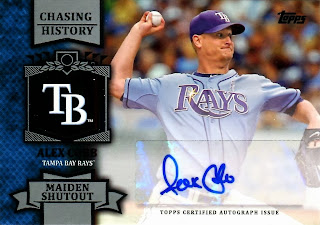 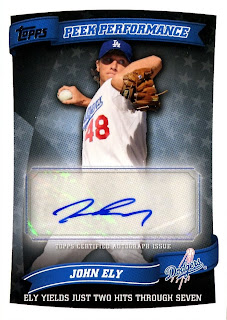