So I came home yesterday to a PWE with no return address and an illegible postmark. Someone who has my address and knows what I collect only limits this to about 50-100 possible candidates. Maybe somebody I myself bombed last week with my "pay it forward" post? Or maybe somebody starting a war who does not want retaliation. Hmmm.

Regardless, I would like to thank my mystery donor publicly since I can't do it personally. Thanks for the Target Red parallels! 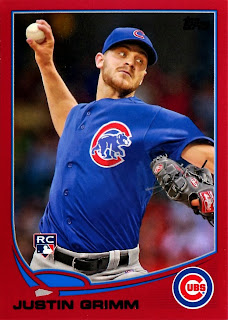 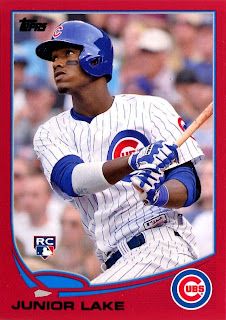 We've got a trio of Rookie Cards including one of the best cards of the year below in Blake Parker. I'm starting to think about going after the rainbow on this one. 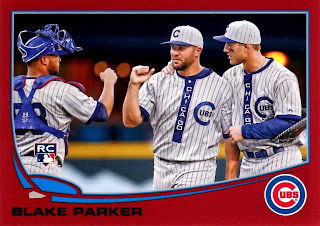 And a fourth Target Red parallel, this one from Series 2. 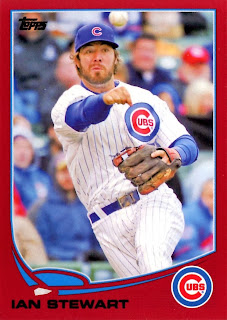 An added bonus is that all four cards were new to me. I had a few Reds from Series 1 but that was it. Putting together these parallel sets might get me through the rest of the offesason.

Thanks again, mystery donor!
Posted by Once a Cub at 12:00 PM