I've been fiddlin' around on Photoshop again trying to find a little inspiration. While I generally try to stay away from blatantly copying other designs, I really liked the Gold Futures inserts from 2012 Topps so I used it as my starting point. The Strasburg below is the base insert but they also came as jersey cards where a swatch would replace the team logo. 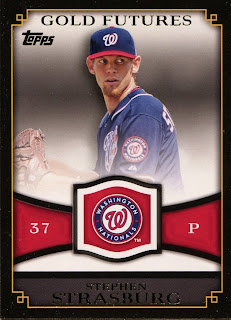 As most of you know, I collect Cubs cards and will try to get them signed when I can. So I tweaked the design a bit to make an autograph-able version. But sometimes I give myself too many options and can't make a decision, which is where I hope you come in.

Below are twelve different versions of the same basic card. Three border choices, with four different backgrounds within each. I've added a facsimile signature to show how a blue sharpie might clash or coordinate with each combo. At the end, there is a tiled grid that will give them to you all together instead of having to scroll back and forth.

First up we have the black border, most similar to the original. But the swatch area has been replaced with a signature area and the position and jersey number have moved down to join the name. The left card has a black and white background behind Starlin Castro. The right side maintains the original color background. 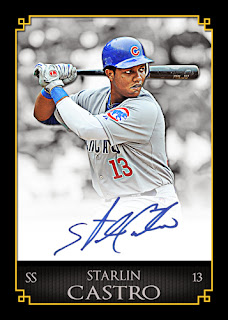 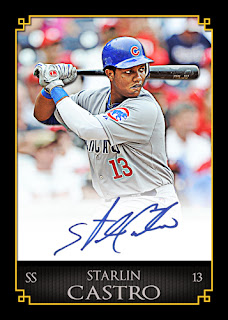 Below, the left side tints the background blue, while the right side tints it red (both Cub colors). 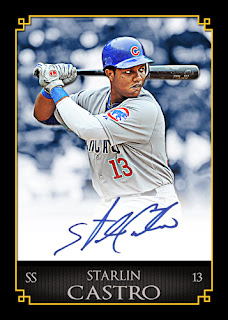 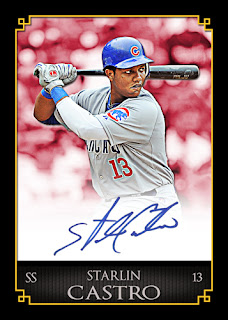 Next up, I tried to differentiate it a little more from the Gold Futures cards by changing the outside border to Cub blue and you'll see a little marbling to give it some texture. The backgrounds are the same as above, black & white, original color, blue tinting and red tinting. 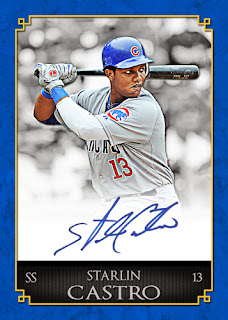 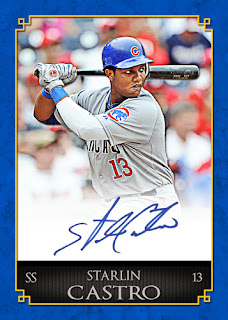 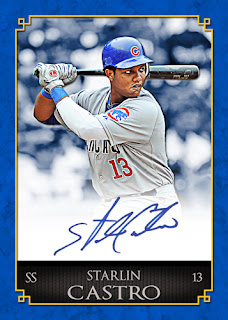 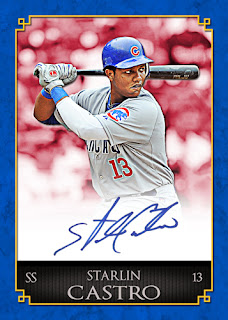 Thinking it might be a little too blue, I also tried a Cub red outside border with the same four backgrounds. I tried changing the gold border to red with the blue borders and blue with the red borders, but I still liked the gold better. 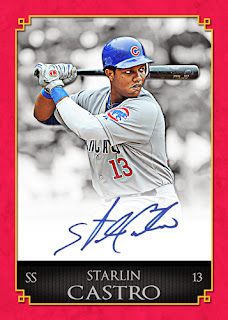 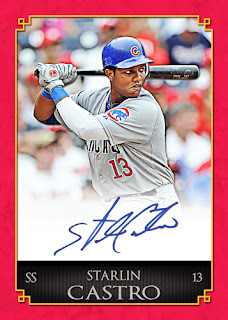 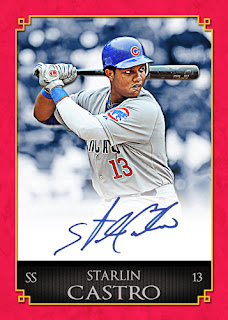 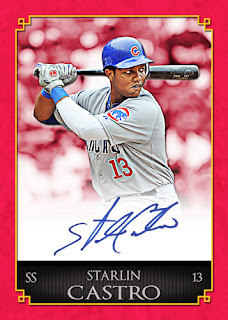 And the tile. If I did this right, you can click on it and it will blow it up to your full screen. 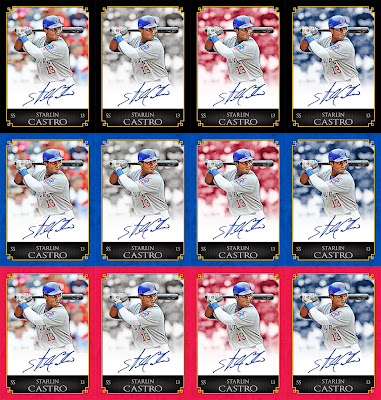 The easiest to do would be the original color background (first column of the grid). The other three backgrounds all require the same amount of effort, more but not horrible. I don't want to taint anybody's opinion so I'll wait to get a little feedback before I let you in on which one(s) I favor.

Because it is so similar to an existing design, this more than likely won't be my 2014 Cubs team set, but I'll probably still use it for random stuff. Thanks for looking!
Posted by Once a Cub at 12:00 PM