In my search for Cubs lots, I stumbled across the fact that 2014 Topps Factory Team sets were out. Based on the seller's history they had already been out for about two weeks before I saw them (unless he was pre-selling them). They must have snuck in there between Gypsy Queen and Bowman or something because I totally missed them.

I went ahead and picked up a Cubs set but I am sort of, kind of actively looking to pick up all 30 teams this year for my ultimate 2014 Topps set. In case you missed it, I'm writing another blog where I break down each card in the set. All 990 cards from the three series will be included, as well as the mascots from Opening Day and any cards from these factory team sets (and NL & AL All-Star sets) that don't make it into the 990 card set.

So if you have access to your local team set and are willing to work out a trade, let me know!

On to the Cubs!

Series 1 brought us Anthony Rizzo, Junior Lake, Carlos Villanueva, Nate Schierholtz, Ryan Sweeney, Jeff Samardzija, Luis Valbuena, Darwin Barney and Welington Castillo. All of these guys were included in the factory team set except for Ryan Sweeney. Hmmm. I wonder why he got snubbed?

In 2014 Opening Day, we again saw Rizzo, Lake, Schierholtz, Samardzija, and Barney. Offering the only Cubs sneak peak at Series 2 was Starlin Castro, who was also included in the factory team set. 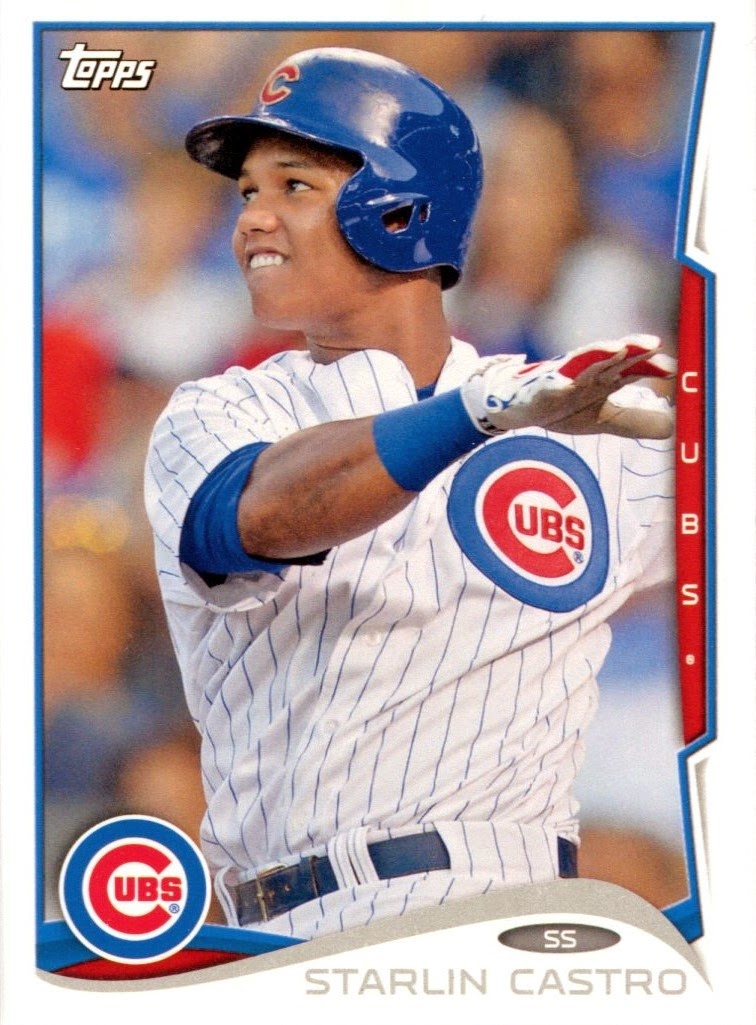 That makes nine Cubs cards we've now seen (ten if you count Sweeney). In a seventeen card set, eight new ones sounds pretty good. The following seven cards are likely to be included in Series 2 or the Update set at the end of the season unless the player gets traded away by then.

I'll go into more detail on my other blog eventually, but thought I would go ahead and match these up to their source photos since many of them are new to the Cubs this year and I wondered if they were Photoshopped or if maybe Topps used Spring Training photos. 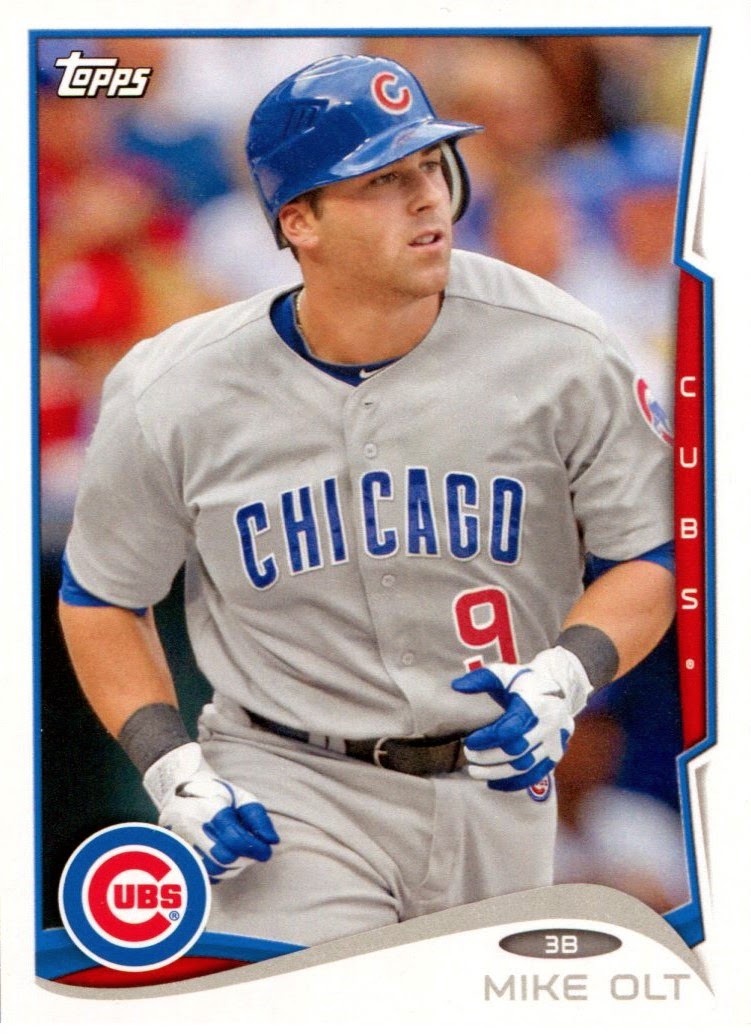 Considering Mike Olt wears #30 and not #9 like he did with the Rangers, this is likely Photoshopped. 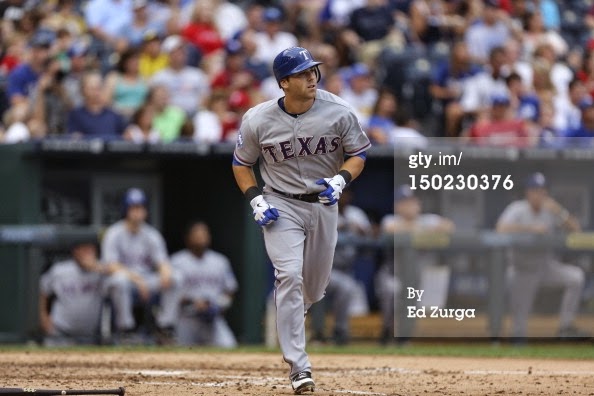 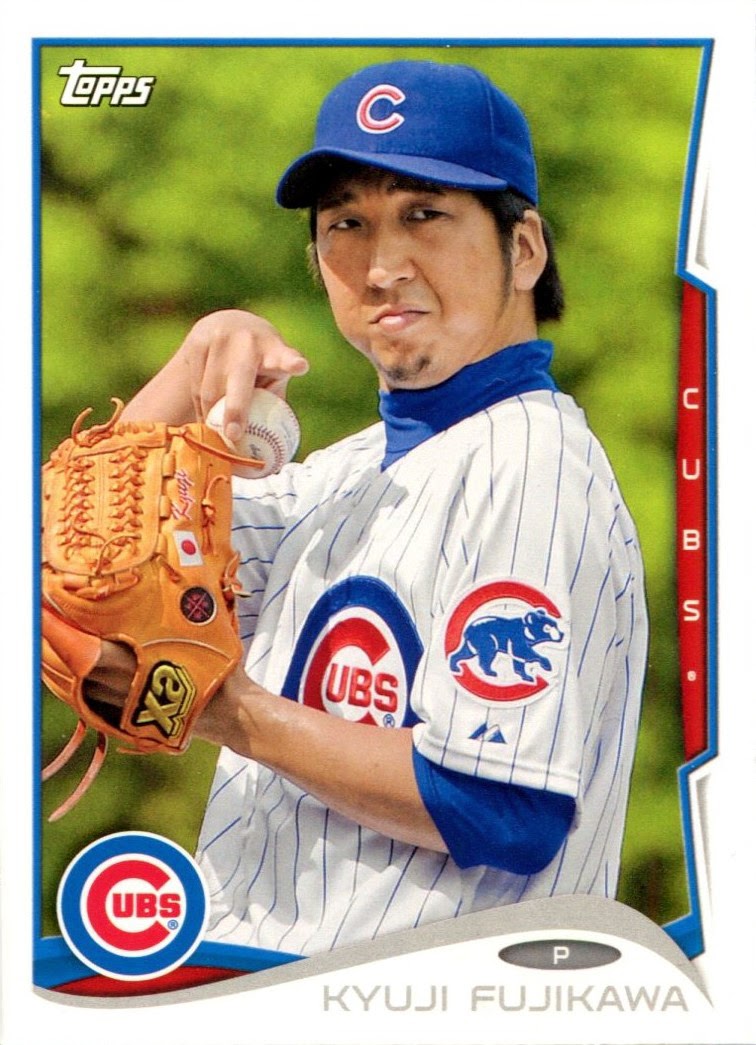 Kyuji Fujikawa pitched 12 innings for the Cubs last season before losing the rest of the season and all of this one so far to elbow surgery. 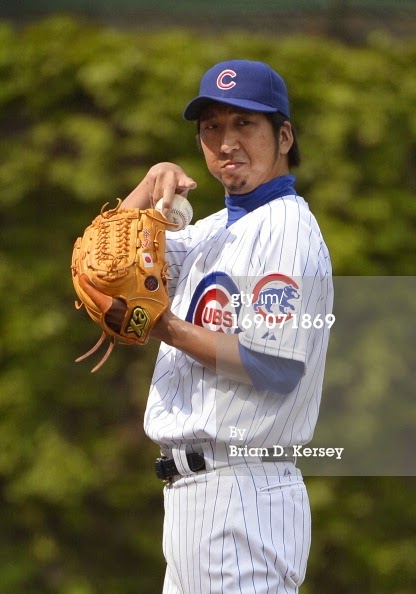 The source photo is from May of last year. 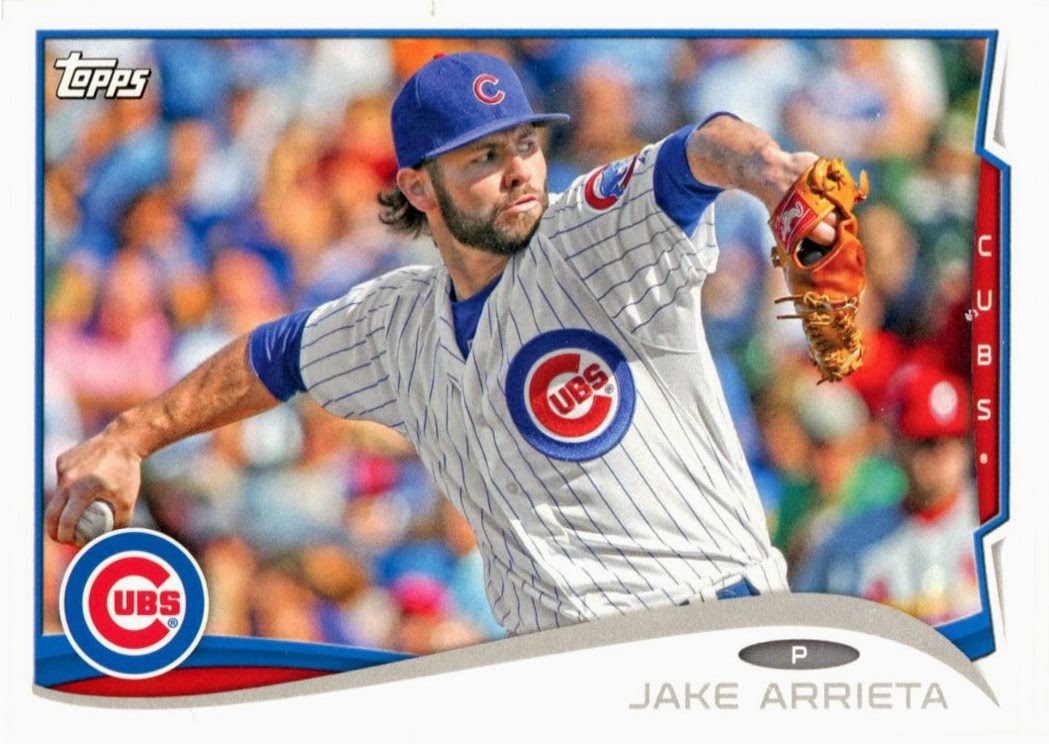 Jake Arrieta joined the Cubs last year along with Pedro Strop in a trade that sent Steve Clevenger and Scott Feldman to the Orioles. He's been on the disabled list for a bit but was just reactivated the other day. This is a great looking card! I just wish his throwing hand wasn't partially obscured by the Cubs logo. If you follow my other blog, you know how picky I am about the cropping. 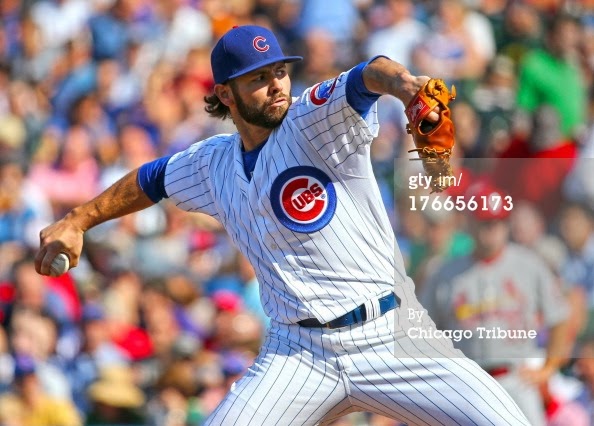 This photo comes from August of last year against the Cardinals. Again, I'll go into more details on my other blog when I eventually get to this card, but I will say the Cubs won 7-0 that day. 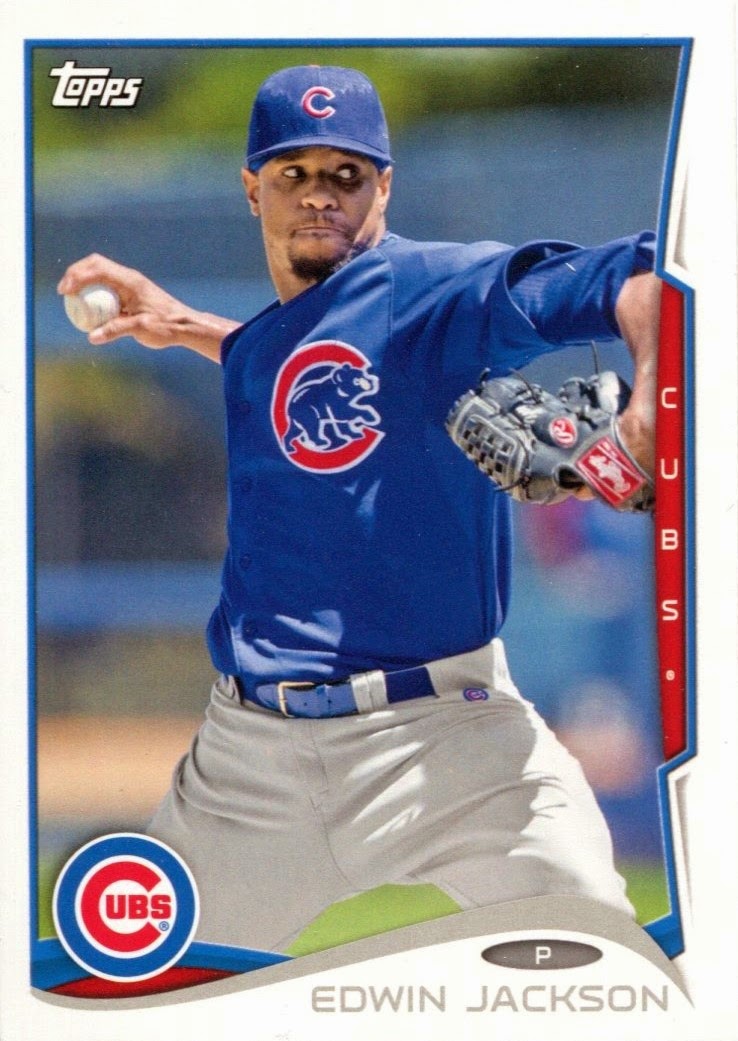 Edwin Jackson is in his second year with the Cubs so this one should be an actual Cubs card. He was a National in 2013 Series One, Photoshopped into a Cubs uniform for last year's factory team set and had a completely different card in the Update set. 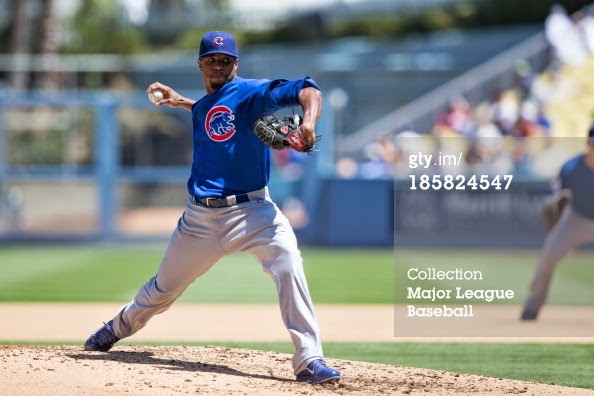 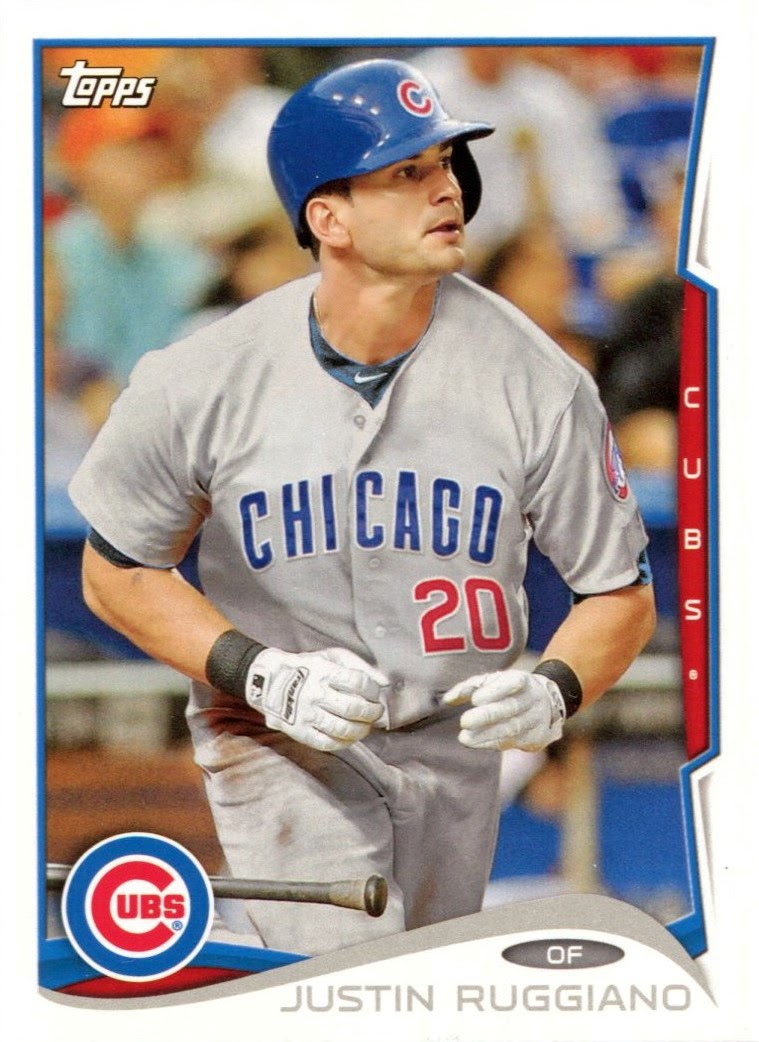 Justin Ruggiano was an offseason trade acquisition that sent Brian Bogusevic to the Miami Marlins. Topps got his number 20 right, but this is a Photoshop job. 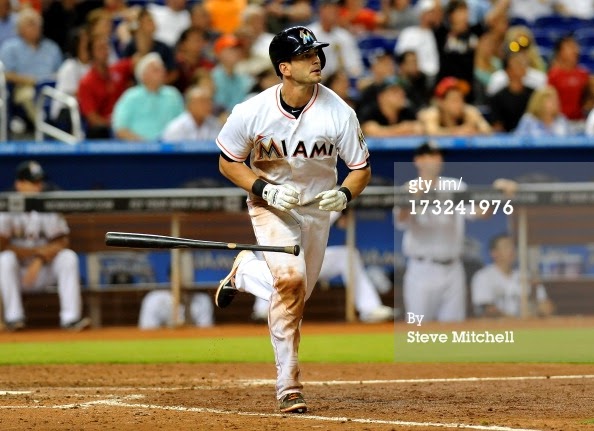 Here, Ruggiano is a Marlin playing against the Braves last July. 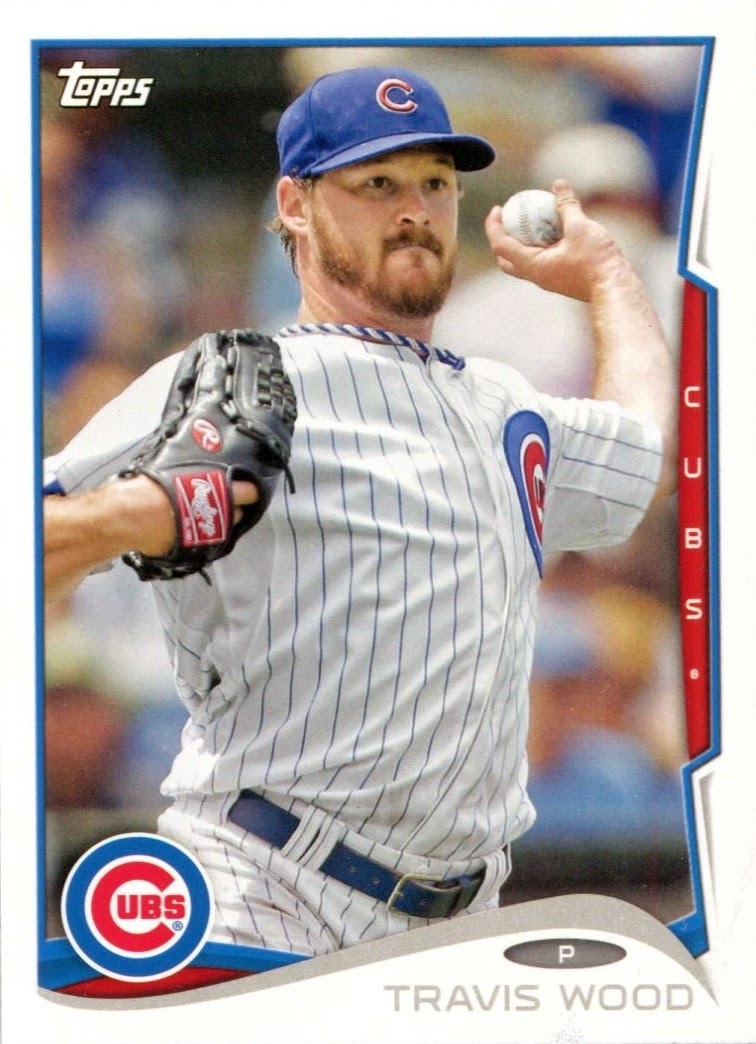 Travis Wood was the Cubs lone All-Star last season. As bad as the Cubs' record is, they've had a few players doing well enough to have a shot at more than one this year. We'll see. I look forward to breaking this card down because something seems weird about this pitch. 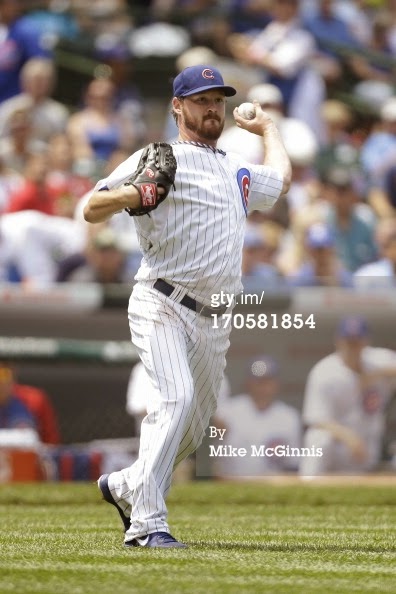 A ha! That's because its not a pitch, its a ball in play. We'll have to wait to find out more though. 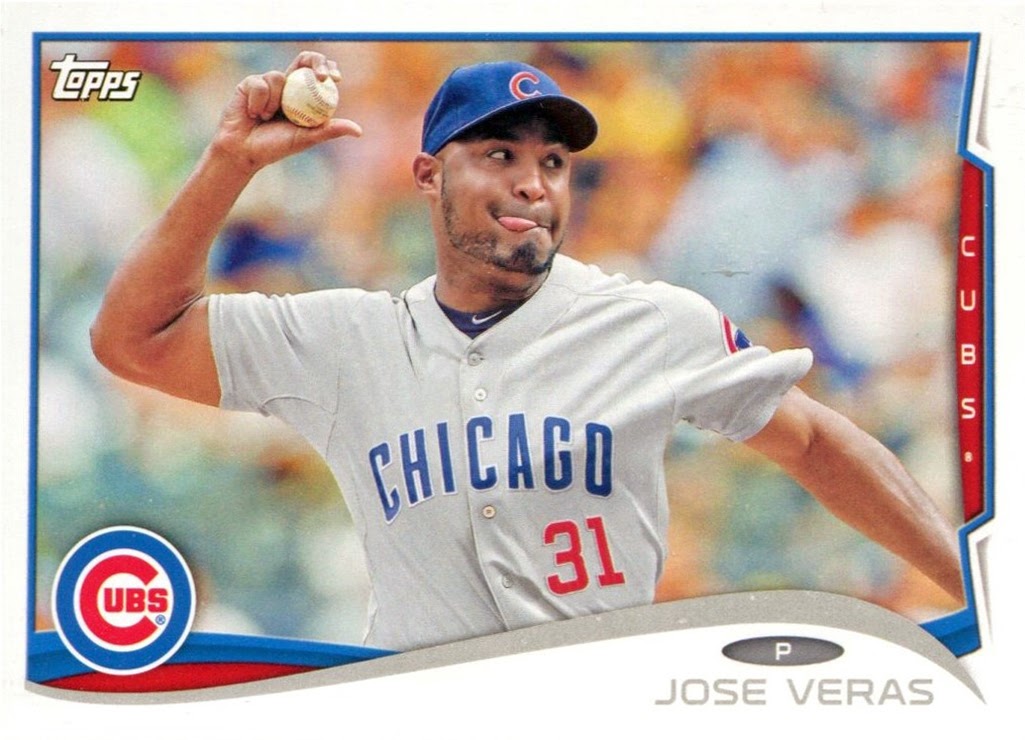 Finally, the last card that has a chance to show up in Series 2 or the update set. Jose Veras signed as a free agent in the off season but this has to be one of the laziest Photoshop jobs I've seen. Not that the jersey itself is bad. Veras wore #31 with the Tigers and while players often wear the same number even after changing teams, there's no chance the Cubs would have assigned him that number. It's been retired. Twice! Once for Hall of Famer Fergie Jenkins and again (actually at the same time) for the newest Hall of Famer, Greg Maddux. Veras is sporting #41 for the Cubs this season. I really hope they change the card or don't include it in Series 2 or Update so this mistake doesn't go mainstream! 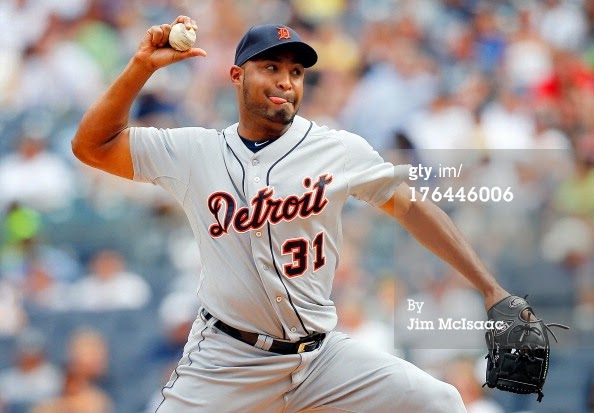 Too bad because, man, this would have made a pretty awesome card but for that glaring mistake. 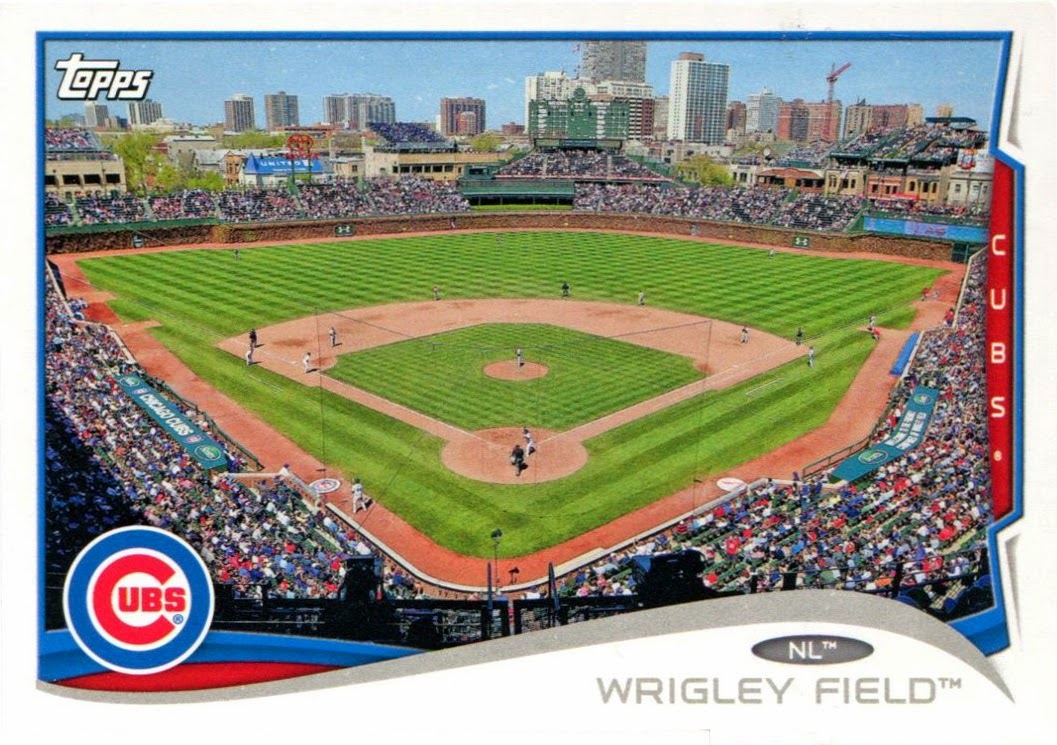 This was the toughest of the group to find the original source photo on. Pretty general view, can't really make out any logos. I found a few photos from the same game and probably at bat, but the angle on the crane out behind right field was what convinced me I had the right photo. 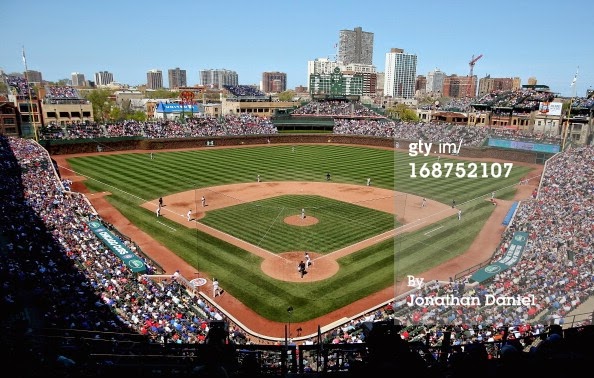 There you have the seventeen card factory team set. And just so Ryan Sweeney doesn't feel left out, here's his Series 1 card: 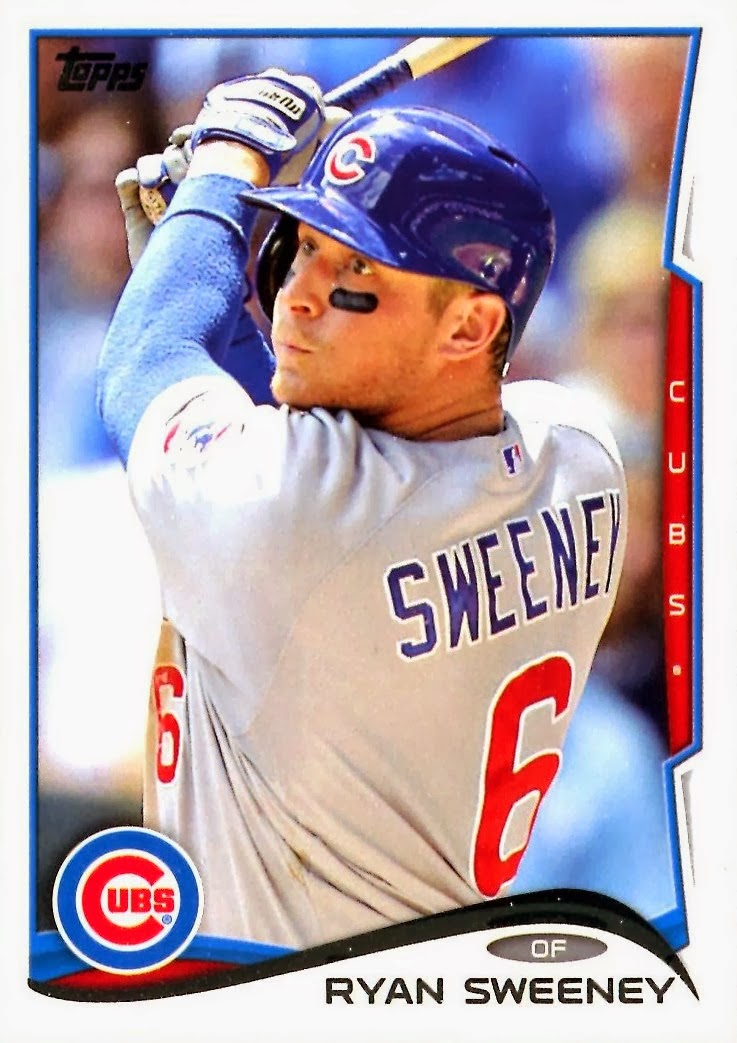 Don't forget to check out and follow my other blog and let me know if you can help with other teams' factory sets! Thanks!

*UPDATE* I've done the official write up on the Jose Veras card on my other blog for today's post. Check it out!

I also tweeted @Toppscards asking them to fix it for Series 2 or the Update Series. Please retweet because I am not that active on Twitter. Some support from bigger names might help!
Posted by Once a Cub at 12:00 PM